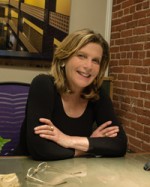 Dr. Leslie Herman received the Doctor of Audiology (Au.D.) degree in 2005 from the Arizona School of Health Sciences. She has a Master's Degree in Audiology from Washington University in St. Louis, where she also received an academic fellowship from the Central Institute for the Deaf, and a Bachelor's Degree in Speech Pathology from Syracuse University. In 1983, she founded the Summit Hearing Aid Center in Summit and three years later opened a second office in Irvington.